Axiome is a site-specific experience in which the player use augmented reality to learn more about a seemingly peaceful family. In an room specifically furnished for the installation, see things as they are, behind apparences.

Axiome is our end of first year project at the CNAM-ENJMIN school. For this project we had the possibility to create a game that isn’t a video game, and we took this opportunity to create something on which we hadn’t worked on before : a site-specific experience.

The goal was to put a player in a familiar environment, like a grandma’s living room, and tell him : “You have 10 minutes to discover this place”, we also wanted to add the idea that behind a photo there is a story. It can be the place where the photo has been taken, the comment of the photograp, or a detail that can be hidden at first sight.

To add this effect to the experience we added an AR application that recognize pictures drawn by our artist and replace them by an animated version. With that we were able to tell a story through 3 photo albums, and framed pictures.

My work on this project was to learn how to do AR with Unity, I choosed Vuforia because their documentation is complete and there is a good community around Vuforia/Unity projects.

I’ve quickly prototyped an application that was able to recoginize the first pictures done by Tara, to be sure that the art direction was accepted by Vuforia. After that I’ve worked on tools to help the integration because there was a lot of pictures and animations. 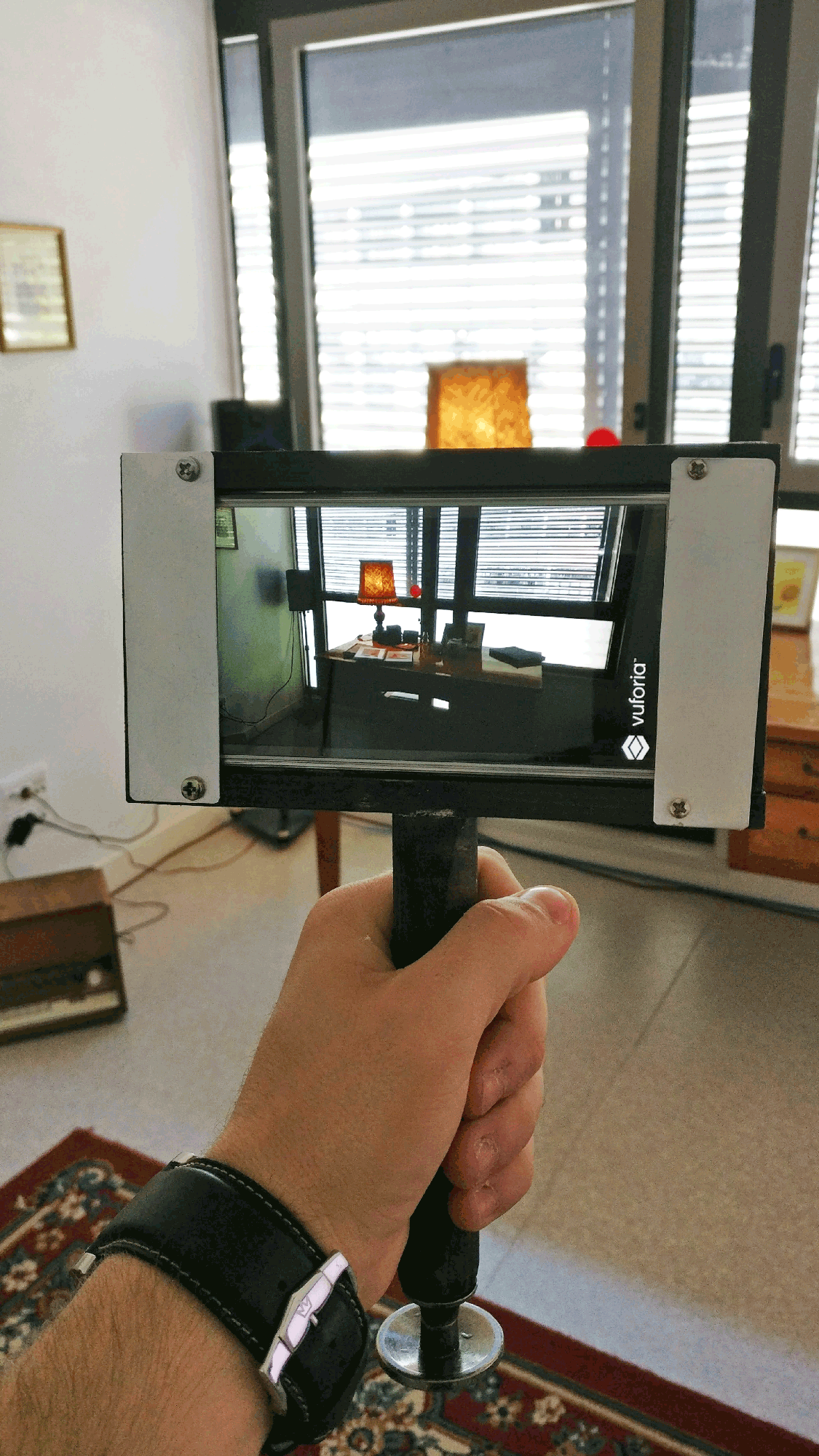 In the middle of the project I’ve worked on something very different, when we started the project we’ve found an old radio that wasn’t working but it had been used for an old project and some wires were still here. It was perfect inside our room because it matched the time period we were targeting, and we also find the idea to create our own radio program very cool.

So I’ve worked with an Arduino to get inputs from the two main buttons (volume and frequency), the volume button was totally unusable so I’ve glued a magnet to it and placed a hall effect sensor to get the position of the magnet. Unfortunately the only sensor that I’ve wasn’t powerfull enough, so it was only usable as an on/off button.

The frequency button was usable and wires were already here, I only had to check the values that it was giving to get the position of the button and the targeted frequency. I’ve placed a range of frequencies were we hear the radio program, and on all the other frequencies we hear a white noise.

To play the sound I’ve used a RaspberryPI that was running a Raspbian on which a pygame program was launched at startup. This program was only reading inputs of the Arduino (it was used as an analog numeric converter in the end) and triggering sounds following the inputs.

To end the project I’ve worked on the server application that was monitoring the experience and was connected to the television where the player could see their progress, and the speakers that were playing house ambiant sounds to immerse the player and small feedback sounds when they were discovering new characters.

To help the installation I’ve also added an auto-connect system to the smartphone, because we knew that during the 2 days of presentation we were going to change the smartphone at least twice a day to charge it.

We are really proud of the project because a lot of players were embodying their role and some of them were also embarassed to search inside a room that wasn’t their. We encountered only one error on a smartphone swap but during the 2 days the application has worked seamlessly.